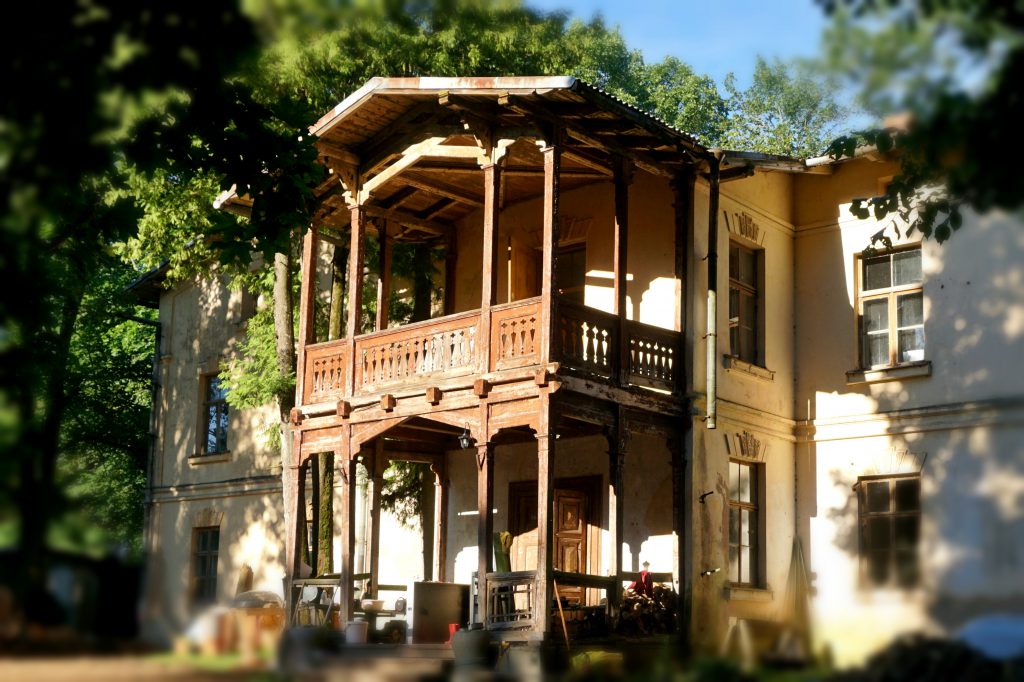 It is time to escape from the rush of noisy cities and relax. Indulge yourself in a peaceful environment taking Russian language courses in our brand new boutique executive centre. You will find the Lielborne Manor with its private park within a 30 minute drive from the city centre of Daugavpils. It is Latvia’s 2nd biggest city with the highest Russian speaking population in the country.

Lielborne Manor is the only manor complex in the “Daugavas Loki” Nature Park- a UNESCO World Heritage Site, right on the confluence of the Borne and Daugava Rivers. There is the old castle, built in the 18th century, as well as the new castle built in the classic style of the first half of the 19th century.

The most recent part of Lielborne Manor House was rebuilt at the end of the 19th century and at the beginning of the 20th century. The manor house, which is a typical summer cottage-style monument in Augšzeme, is special in its decorative design and decoration, which gives a unique artistic impression.

A Peaceful Place to Study Russian and Relax

Situated where the Borne River meets the Daugava, Lielborne Manor offers a unique environment. It combines both the possibility of enjoying the picturesque landscape of the Daugava and an adventurous walk along the Borne River. In the manor park, which spans both sides of the Borne river, are two orchards – an oak and an elm. There are also larches and unusually beautiful pine trees. The walking path leads both along the steep river and its slopes. There is also a romantic view on both banks of Daugava, the mill ruins, the waterfall, and the millpond. This is an ideal place to enjoy a meal. You can also relax embraced by nature, while your children play and have fun in this well-equipped active rest site. It’s time to admire the natural beauty of Latvia.

Weekend Package in 2019: ”Explore Daugavpils and Relax at Lielborne Manor”

Plan your best summer weekend at Lielborne Manor! Have a look at our brand new and exciting weekend program that takes you away from Riga! Spend two amazing days at one of the most beautiful regions of Latvia – Latgale, stay at the historical Lielborne Manor and enjoy a lot of eco-tourism options offered. During the two days, you will pamper yourself with a lot of positive emotions, practice Russain in an informal yet friendly environment, and explore the beauty of Latvian nature. The program runs from May 2019 until September 2019. Check out the detailed weekend plan here.